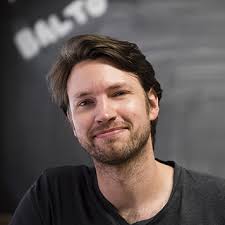 I began coding at 7 years old, launched my first company when I was 16 and have spent the 16 years that followed running and supporting startups. My main focus has been on internet filtering technology, with Ad Muncher becoming the #2 ad blocking solution worldwide and still receiving five million downloads per month currently.

Four years ago I co-founded Startup Muster, the largest survey of the Australian startup ecosystem, and two years ago I became CEO of Fishburners, Australia's largest startup space.

I'm excited to help Australia create more entrepreneurs like myself, realising the opportunities that will support Australia's future economy.

Niki's note: The Jewish have a word, mensch, that perfectly captures the great human being that Murray is. If there is a power law to startup returns, then Murray is the power law to Sydney's startup ecosytem. Governments don't change society, people like Murray do and I can't wait for your questions!