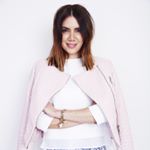 I co-founded Stylerunner in 2012, the first womens pureplay activewear aggregator globally, and we have since shipped more than 50,000 parcels to over 100 countries. The business has been built through a cult following of half a million social media fans.

Ask your questions by posting a comment below and Julie will jump in Thursday and answer all of them.

Niki's note: In a world of Rocket Internet clones spending like drunken sailors on paid acquisition, Julie and the team have built a wonderful ecommerce business from a strong foundation of true fans. For some more context, Stylerunner has grown 1,736% in the three years to 2015. Come along and hear her speak at The Sunrise on Monday, May 30th. Tix here: http://thesunrise.co