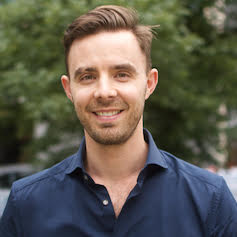 I've recently returned to Australia to join Airtree Ventures as a partner. Before this I was a founding Principal at White Star Capital in London & New York where we invested in companies such as Dollar Shave Club, Science Inc, Betaworks, Bloglovin', KeyMe and Dice.fm. My love of all things machine learning stems from my time as COO of Summly, an NLP summarisation company which was acquired by Yahoo in 2013. I've also worked at Facebook and The Boston Consulting Group as well as founding my own startup whose failure probably taught me more than the rest of my experience combined.

Niki's note: I thought it would be great to welcome John back to the Aussie startup ecosystem by giving y'all the chance to get to know him and his experiences building startups, selling to a big company and then investing in early stage ventures. The haters are always going to hate but folks like John prove the "brain drain" preachers completely wrong, with Australia fortunate to have his talents return to our shores after his wonderful overseas experiences.