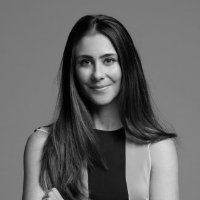 I am the Chief Creative Officer and one of three Co-founders of Shoes of Prey, a website where women can custom design beautiful shoes in their very own style.

We launched in 2009 and broke even within two months. By the end of our second year we were hitting multi-million dollar revenues. To date we've raised USD$24.6M and had more than 6M pairs of shoes designed.

I was named National Telstra Businesswoman of the year, private and corporate, in 2011. I've been named in the top 10 Australian female entrepreneurs for 2014 and Elle's Style Awards Fashion Innovator for 2015. In 2013, Shoes of Prey's first store won Store Design of The Year (less than 1200sqm) at the World Retail Awards; also in competition were Karl Lagerfeld with his concept store in Paris, and Puma's Osaka flagship store.

Prior to Shoes of Prey I spent a number of years in advertising, and prior to that as a practising banking and finance lawyer with Australian law firm Ashurst.

My weaknesses are strawberry mochi and salted caramel icecream.