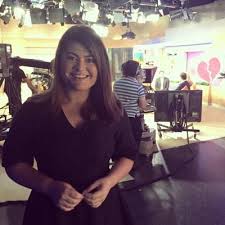 In 2012 I launched OneShift on the back of a free blog and nothing but posters, duck tap and an iPad. Within the space of 4 years, OneShift now has over 700,000 users, 40,000 businesses across Australia / NZ and received over $5 million of investment.

In January this year, we launched a new service called Skilld.com, a subscription based marketplace that instantly connects local talent with local businesses using programmatic algorithms and no job descriptions. In under a year it has achieved over 100,000 users and 7,000 venues with an average log in of 21 times per month for active businesses.

I also lead several women in business and tech initiatives, including 'Women In Tech Australia' and the international Like Minded Bitches Drinking Wine (LMBDW), a group for entrepreneurial women which has achieved over 19,000 members in less than 18 months.

Niki's Note: Australia and the world needs more great women role models in startups and Gen is a worthy candidate. Beyond her work at OneShift, she's been a great friend to the Australian startup community. This should be a good one!