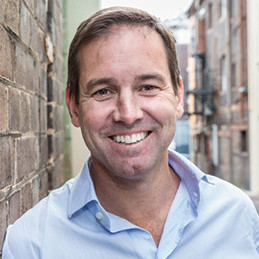 I am a co-founder and managing partner at AirTree Ventures, an early and growth stage venture firm that is backing world-class entrepreneurs. I have been a principle in two successful venture capital funds and I've been a founder of three start-ups including Beamly, PetCircle and Travelselect (exited to Lastminute.com) . Two of these were successful, one I learnt a lot and still have scars.

I'm very proud to say we recently announced a new $250M fund. We’re seeing explosive growth in the number and quality of Australian startups and we want to provide the first cheque to world-class Australian and Kiwi entrepreneurs.

Prior to this I worked as a management consultant, an investment banker and a civil engineer.

Niki's Note: Craig and Daniel have blazed a trail of success in the Australian venture capital industry which overall had been terribly short of it. Along with Square Peg, Rampersand,Tankstream and of course Blackbird, I'm pleased Australian startups are getting the credible financing ecosystem they deserve and that can only mean the golden age is in our near future.