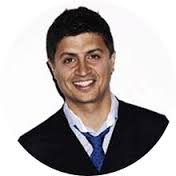 In 2004 I founded Business Catalyst (businesscatalyst.com & goodbarry.com), a marketplace with a large reseller of web designers in more than 50 countries. The platform served tens of thousands of customers and in 2009 was acquired by Adobe.

Previously I founded Start.com.au right out of University. It was Australia's first free email and became Australia’s most trafficked website, and powered British Telecom's Genie service (now O2) in Germany and France, with millions of users globally. In December 1999 we were acquired by Looksmart.

I recently moved back to Sydney from Silicon Valley with my family and through Startmate I’m looking to help Australian founders be the best entrepreneurs in the world.

Niki's Note: Bardia may not yell from the rooftops but he's done more than nearly anyone for Australia's startup ecosystem - first leading by example and building a business that customers loved and selling it to Adobe and then by investing and helping the next generation. This will be a good one.