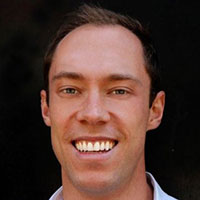 I invest in enterprise analytics software at Zetta Venture Partners where I am a general partner. Previously I launched and lead the fundraising business at AngelList which raised over $130m for 250 syndicates when I was there. I also co-founded and sold Topguest and am an Aussie living in San Francisco.

Ask your questions by posting a comment below and Ash will jump in Thursday and answer all of them.

Niki's Note: I first got to know Ash shortly after he had sold Topguest and just about to join AngelList in San Francisco. AngelList became transformational to the chances of Startmate startups being able to raise money from US investors. He's now a partner at Zetta and enjoying the journey in building a new venture capital firm.